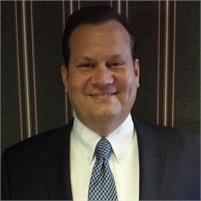 At Dicke Financial, Bill has paved the way for where the company is today. He strives to build strong relationships with clients and treats every client as part of the Dicke Financial family.